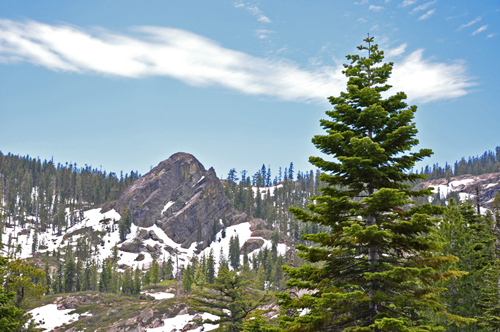 In a rugged landscape 60 miles north of Lake Tahoe, Plumas-Eureka State Park faced an uncertain future as one of 70 parks initially slated for closure on July 1, 2012. 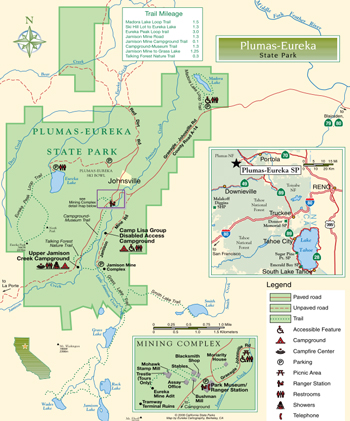 Established in 1959, Plumas-Eureka State Park undulates over elevations ranging from 4,500 to almost 7,500 feet in the northern reaches of the Sierra, where granite mountains give way to the volcanic Cascades.

For thousands of years, the Northern Maidu lived in this region and remained relatively isolated until 1851, when miners discovered gold on an exposed quartz ledge high on the slopes of 7,447-foot Eureka Peak. In the decades to follow, stamp mills near the peak processed millions of dollars in gold.

Nonprofit cooperating associations like the Plumas-Eureka State Park Association have been among the first groups to step up to save parks. Park advocates at Henry Coe State Park in the Bay Area created the first model for “donor agreements” with the Parks Department.

According to recent news from the Parks Alliance for Sonoma County, the Valley of the Moon Natural History Association might be the first nonprofit to successfully reach a deal with the state using park partnership model #3 to save Jack London park. (Read more in previous posts here and here).

The nonprofit is awaiting final confirmation of the contract that will allow Valley of the Moon Natural History Association to take on operation May 1, 2012. In preparation, the Association is hiring staff, painting the former Ranger house, working out details of entry fee collection, transitioning volunteers and communicating with state park staff to refine best practices going forward. The nonprofit will raise funds for the park in a variety of ways including events. They created a partnership with Transcendence Theatre Company to run a second summer season of Broadway concerts in the Old Winery Ruins.
Blog series
This is the 24th article in a series on threats to California State Parks and the search for sustainable funding.