Recently I moved my blog into an entirely redesigned website (more on that soon!). With this move, there are a few housekeeping tasks including providing a coherent way to view a previous blog series I wrote titled the “California State Parks funding crisis blog series.” As you can see from the title of this post, I am reframing the series to the “California State Parks transformation blog series” with high hopes for a solid future for California’s treasured public lands and historic sites.

From 2011 through 2013 I followed the California State Parks funding crisis closely with a series on this blog, a guest series on the Bay Area Open Space Council blog, and at Bay Nature Magazine. Since then, I have written periodic updates. You can find the posts in the State Parks series by searching for “California State Parks” in the search bar. All posts are under the category of “Public Lands.”

What is happening now with the transformation of the state park system?

You probably have not heard much on what is happening with California’s state parks because the transformation process, catalyzed by a crisis from 2011 through 2012, has generated very little media interest (although the #GreenFriday campaign was a big hit). This year, I’d like to get back out into the field and talk to people involved with state parks, including the nonprofit park operators, to see how things are going. In the meantime, here is the latest on what is happening with the transformation of California’s state park system.

To follow future updates on the revitalization of the funding and operations model for California’s state parks, I suggest checking the California State Parks Transformation Team website, which appears to have the latest information.

For more background on the history of the transformation effort, I suggest visiting the Parks Forward Commission website.

Thank you for your interest in this topic. I especially would like to give a shout out to Glenn Brank of the Norcal Yak Blog, who wrote the following comment about the original series:

This is a very professional blog. As a 30-year writer/editor, I don’t casually hand out compliments. California kayakers should take a strong interest in the future of state parks, and I’ve referenced your blog at www.norcalyak.com
Keep up the good work! 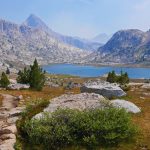 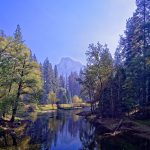