In the last few weeks, California’s first winter storms blanketed the mountains with snow. On Thanksgiving weekend, my mom captured a stunning photo framing Joshua Tree National Park’s namesake trees within a winter wonderland of white-dusted desert and snowcapped peaks. The magical landscape gave me and my family one of our greatest year-end gifts, inspiration and awe from the natural world.

Over the last few weeks I have been absorbing many stories and lists featuring “best of” 2019 and the decade. I enjoy reviewing the best books of the year lists, including former President Barack Obama’s Favorite Books of 2019, to see what we have in common (Lost Children Archive by Valeria Luselli, Normal People by Sally Rooney, Say Nothing by Patrick Radden Keefe) and to queue up others on my list that I did not get to yet (Girl, Woman, Other by Bernardine Evaristo and The Yellow House by Sara M. Broom). I also read a diversity of other books, many published before 2019, that made a strong impression on me this past year. They included memoirs by Democratic presidential candidates and refugees, novels and environmental nonfiction.  I was particularly moved by Call Me American: A Memoir by Abdi Nor Iftin.

I have also been reading the year-end reflections coming from the world of nonprofits and social change professionals. In that tradition, in this post I will journey through the connections and partnerships I made this last year and those I look forward to in the new year.

My work and partnerships this year

I am almost midway through a new partnership with the Midpeninsula Regional Open Space District, where I am serving as an interim Grants Program manager. I am beyond thrilled to support this parks agency that works to protect and conserve 63,000 acres of greenbelt divided among 26 open space preserves, from San Francisco Bay wetlands, to the rugged hills and valleys south of San Francisco, to the Pacific Ocean. Russian Ridge Preserve is one of my favorites. In addition to securing grants to support land acquisitions, wildlife conservation, trail building, educational programs and historical building preservation, the agency’s Grants Program also supports regional partnerships with a grantmaking program. 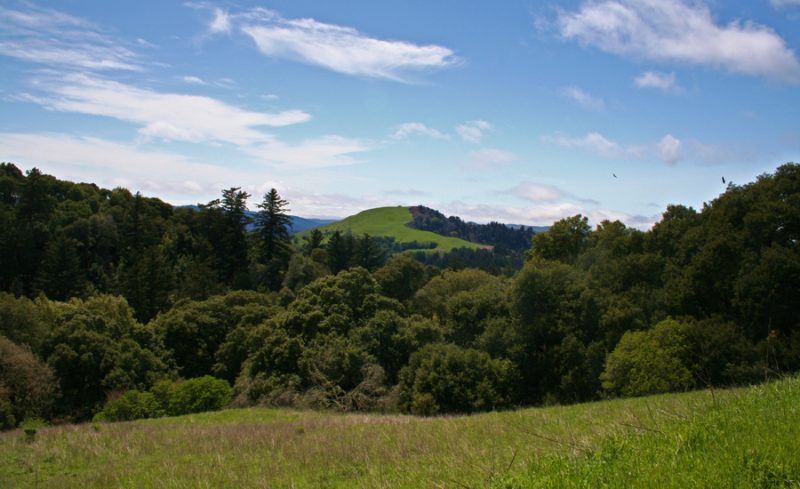 From February through July I served as interim development director for the San Francisco Bicycle Coalition, an education and advocacy organization that works to promote safe streets and biking for transportation. My work focused on developing and stewarding funding partnerships with businesses, organizations and individuals for Bike to Work Day and the 27th Anniversary of the Golden Wheel Awards. This year’s Bike to Work Day on May 9  was one of the best on record with an astounding 1,365 people joining as new or renewing members and Mayor London Breed announcing a commitment to build 20 miles of protected bike lanes over the next two years.  For the Golden Wheel Awards in July, biking advocates, city leaders and supporters packed into the San Francisco War Memorial’s Green Room to celebrate the people and organizations that are taking the lead for safer streets and more livable communities. By the time of the Winterfest celebration in November, bike advocates were glowing after a great year, capped off by the approval of a plan for a car-free Market Street in San Francisco.

Over the last two years, my work with San Francisco Botanical Garden has led to two grants from the Institute of Museum and Library Services. A 2018 grant funded work this year to plan a Nature Exploration Zone. In the fall, the Garden’s Youth Education Program hit a milestone by inviting the public to weigh in on a proposed concept plan for the new nature discovery programming in the current Children’s Garden. Also in the fall, the Garden’s Executive Director announced a new award of a three-year IMLS grant to improve the Garden’s curatorial and collections systems.

This year I have also continued to work with Techbridge Girls in Oakland, Washington DC, and the Greater Seattle region. In 2020 they will celebrate their 20th anniversary as a national award-winning nonprofit that began as a program of Oakland’s Chabot Space & Science Center in 2000 to bring STEM education to low-income girls. In September, Techbridge Girls announced a new partnership with Expanding Your Horizons Network to accelerate toward their goal to serve 1 million girls by 2030. They are now powering a conference model developed 45 years ago, delivering 100 STEM-focused conferences annually to 25,000 middle school girls in 43 states and four countries (UK, Switzerland, Japan, and Italy). At the conferences, girls connect with a vast network of volunteers and program alumnae who inspire them to pursue STEM education and careers.

I will start the new year by also welcoming a new partnership with an organization that is tackling one of the biggest issues of our day – climate change. The Climate Center, based in Santa Rosa, California, has been a climate action leader in California since 2001. The organization played a pivotal role in growing Community Choice Energy, which now serves 11 million Californians with 88 percent clean energy. They are now ready to mobilize California toward new policies that will transition the state (and beyond) toward more resilient energy systems that reduce carbon emissions through community microgrids. Microgrids prioritize renewable energy sources and can more reliably deliver electricity service during natural disasters. 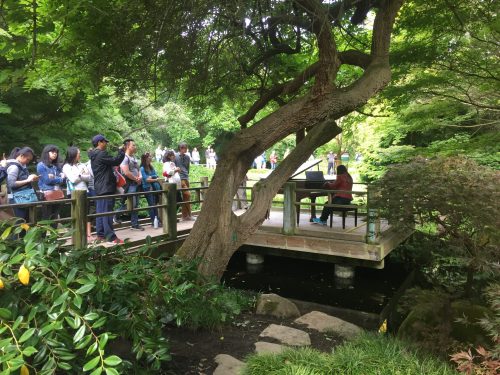 While organizations like The Climate Center advocate for cleaner energy to reduce our carbon footprint, the plants and trees of our parks and open spaces continue to absorb carbon dioxide. They also provide us with a place to experience the myriad benefits of the natural world. On that note, in 2020 I will continue my work with San Francisco Botanical Garden to connect children and youth to nature education and to bring the wildly successful Flower Piano event back for a sixth year in July 2020.

Flower Piano is a 12-day program that connects visitors to music, community and nature. I hope to see you playing at one of the 12 pianos tucked away throughout the Garden’s 55 acres or lounging on a picnic blanket with friends to take in inspiring performances by professional pianists and ensembles from the Bay Area and around the world.