The mountain lions of the Santa Monica Mountains draw copious amounts of publicity and support thanks to a widely-respected long-term research study and top-notch communications from the National Park Service. The research tells a dramatic story of mountain lions in Southern California struggling to survive in the face of expanding urbanization and a loss of genetic diversity. One particularly iconic character has caught the hearts and minds of people around the world. He is known as P-22. His plight to survive on an island of habitat hemmed in by massive freeways inspired the California Director of the National Wildlife Federation, Beth Pratt Bergstrom, to mount a popular campaign and write a book, driving more publicity and media coverage. The New Yorker tells the long and storied history of Los Angeles’s big cats in its February 13 & 20, 2017 issue.

Now, here in the San Francisco Bay Area, the nonprofit Audubon Canyon Ranch (“ACR”) is elevating the profile of the elusive wild animals known as mountain lions, pumas, cougars and ghost cats through strong communications, a key part of their public education efforts. I first heard about the ACR project through Virginia “Ginny” Fifield, who I have partnered with to monitor mountain lions in Marin County using wildlife cameras. Ginny, a mountain lion expert with decades of experience researching the elusive cats across the country (including a study in West Marin), now serves as a volunteer for the ACR Mountain Lion Project.

ACR’s recent video of the discovery of three 10-day-old kittens in a den in Sonoma County has reached over 300,000 social media followers and has been picked up by several local TV and radio stations. The kittens are the offspring of the first mountain lion collared by ACR’s Mountain Lion Project team. This media coverage and publicity will go a long way toward helping ACR to achieve one of the project’s top goals: public education. Why should the public be so concerned about mountain lions? If local ecosystems can sustain and support a healthy mountain lion population, then other species will thrive as well. Protecting biodiversity is important for a healthy planet. Watch this short video of incredibly cute mountain lion kittens in Sonoma County. Enjoy! 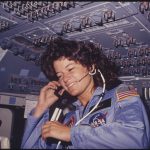 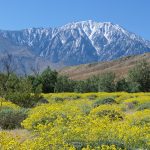