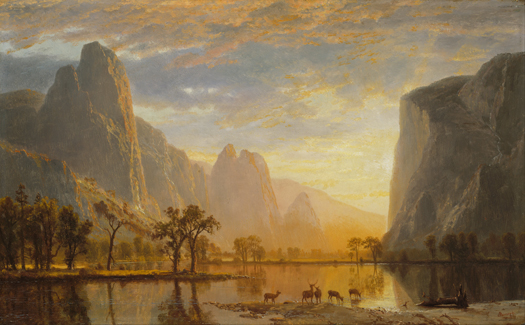 Valley of the Yosemite, Painting by Albert Bierstadt, 1864

Monday, June 30, 2014, marks the 150th anniversary of the federal land grant that dedicated 39,000 acres of the Mariposa Grove of Big Trees and Yosemite Valley to the state of California for protection in perpetuity. The legislation protecting these lands in the Sierra Nevada symbolized the first time a federal government set aside lands solely for preservation for the people.

The 19th century artist Albert Bierstadt first visited the glacier-carved Yosemite Valley in 1863 to sketch the cliffs, domes and waterfalls of one of the greatest natural wonders of the world. Up until this time, the idea of preserving a scenic place for the public good had not yet been born, but the concept of turning the  grandiose landscape into a summer resort for tourists was already taking hold in the minds of entrepreneurs. 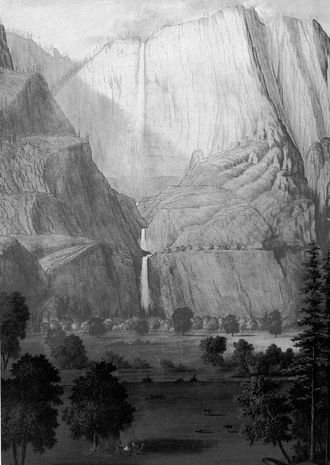 Yosemite Falls by Thomas Ayres, June 1855.  The first rendering of Yosemite Valley to be published and popularized.

After the first views of Yosemite Valley were published as sketches in 1855, the scenic wonders were becoming known across the country. Around this time, entrepreneurs were making land claims in Yosemite Valley and building structures to serve tourists. There was little concern about the potential consequences. Fortunately, the Sierra Nevada had not yet been surveyed by the government and was not open for settlement, so under United States land laws, land claims in the valley were illegal.

In 1864 a forward-thinking United States Senator from California by the name of John Conness introduced a bill to protect Yosemite Valley and the Mariposa grove of giant sequoias for all time.  On June 30, 1864, President Abraham Lincoln signed the legislation, known as the Yosemite Grant Act, into law.  This monumental piece of legislation protected lands for the public good for the first time in the world.

The transfer of the land to the state of California became official in 1866. In 1906 the lands protected by the Yosemite Grant returned to the federal government to become part of the larger Yosemite National Park, which was first established in 1890.

California State Parks and the National Park Service have been commemorating their joint heritage at Yosemite with events all year long.

At a 3:00 pm public celebration in front of the Yosemite Valley Visitor Center, National Park Service and California State Park officials will present the park’s shared heritage and how the park movement has spread worldwide. I have heard there will be cake too! 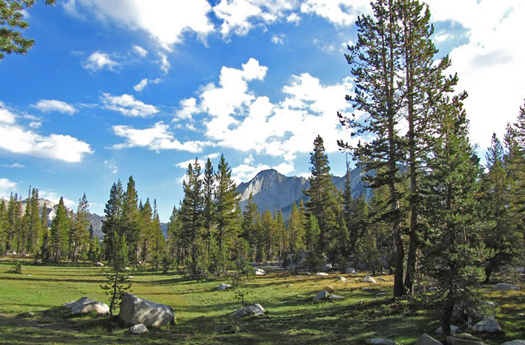 Mount Conness in Yosemite National Park. This peak, in Yosemite’s high country, is named for the US Senator from California whose legislation led to the Yosemite Grant of 1864. Photo by Christine Sculati. 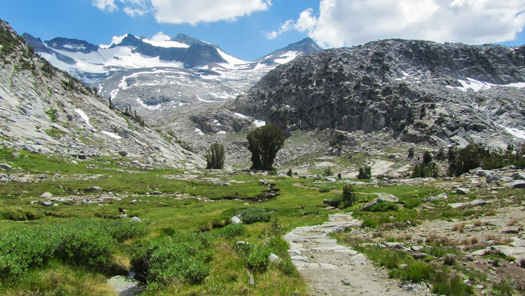 Valley and meadows beneath Mount Lyell in Yosemite National Park. Mt. Lyell is the park’s highest peak at 13,114 feet. Photo by Christine Sculati. 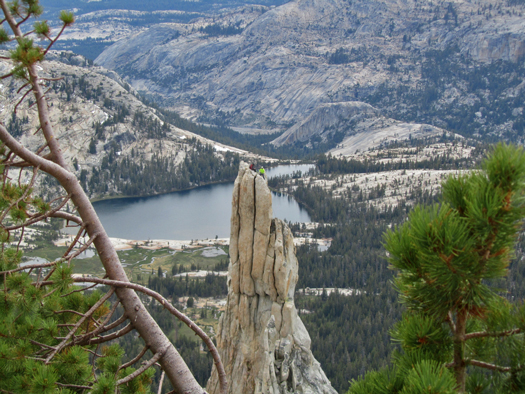 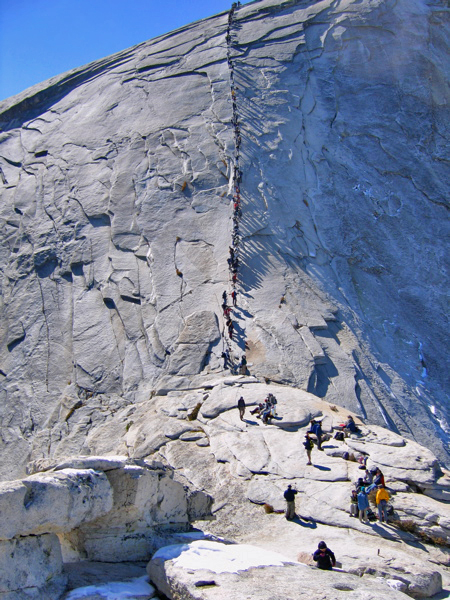 Ascending the Half Dome cables in Yosemite National Park. Photo by Christine Sculati.

In this blog I highlight ideas, news and resources to spark creative thinking, action and progress for social and environmental causes. Based in Berkeley, California, I am a writer, consultant and Women’s Environmental Network board member. To receive blog post updates, please subscribe to my newsletter.
Recent Posts
JOIN MY NEWSLETTER For updates from the field, please subscribe. Privacy Policy
Copyright Christine Sculati. Berkeley, California, USA. All Rights Reserved © 2020
Celebrating projects to study and protect wildlife in the Bay AreaConservation, Environment
Contemporary Jewish Museum explores legacy of Pond Farm in special exhibitArts and Culture, Public Lands
WordPress Appliance - Powered by TurnKey Linux