Topics for the year ahead 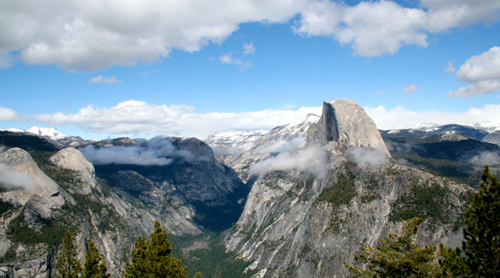 View over Half Dome in Yosemite National Park. Yosemite, which began as the nation’s first state park, celebrates its 150th anniversary this year.

I spent the day today checking “camera traps” for a mountain lion study that sends me to remote trails north of San Francisco once or twice a month. A day out in nature gave me time to think about this blog and what I hope to cover this year.

I started this blog in 2007 as a way to organize my thoughts and learn about promising solutions relating to topics that interest and concern me – social innovation, social justice, public lands and the environment.

In 2011 and 2012 I published more articles than ever before thanks to the adrenaline that comes with the fear of losing something. In this case it was our state parks here in California.

I was outraged that the state would go so far as to threaten to close lands preserved and protected for the public good. At stake were the places where people of all economic levels can fulfill a sense of wonder, marvel at scenic landscapes, explore nature, camp under the stars or simply enjoy a picnic lunch in open spaces. Short-term solutions have placed a band-aid on the park system, thanks to the efforts of park advocates, philanthropists and dedicated volunteers. But we still have a long way to go to ensure sustainability for future generations.

Before the parks crisis, another topic that concerns the public good was on my mind: the future of journalism. In a time of shrinking newsrooms, nonprofits have been forming across the country to address the gaps in coverage left by the losses of high quality journalism, namely in depth coverage of civic and local news.

At the time I was consulting and writing grant proposals for a startup nonprofit news organization called The Bay Citizen, which launched as the “Bay Area News Project” in 2010 with seed funding from the late San Francisco philanthropist Warren Hellman. The Bay Citizen no longer exists by name but has been folded into the operations of the nonprofit Center for Investigative Reporting (“CIR”) in Berkeley. One year after CIR merged with The Bay Citizen, in spring 2013 CIR united several projects to publish their investigative stories that cover the San Francisco Bay Area, California and the whole nation under one brand.

Because I work in the nonprofit and philanthropic sectors my thoughts about the public good and the roles of philanthropy in society will continue to be a common theme.

Here are a few topics I am thinking about and following:

Last but not least, when will it rain again? 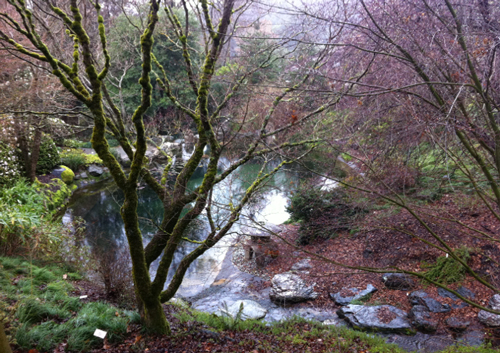 Envisioning a future with rain. UC Botanical Garden in Berkeley after a rain