The two groups, one a county government agency and the other a longtime nonprofit partner of the parks, have been negotiating with the state since last year when the two parks were slated for permanent closure by July 1, 2012.

The nonprofit parks association was the first to rally the community to save the parks, and ultimately the county agreed to be the lead “umbrella agency” under contract with the state. The operating agreement for public agencies was much less complicated than the one for nonprofits wishing to operate a park under the new law AB 42. Read more about the fundraising campaign in the Napa Valley Register.

Today I spoke to Sandy Jones, who has been a state park ranger for 24 years and knows the parks here better than anyone else. Jones, who will continue to don the state parks uniform, is now the park manager as part of the county’s initial one-year contract with the state. She told me she is “honored” to have the lead role and will “work hard to live up to expectations.”

“Sunday was the first night we opened, and we had eight campers with no advertising,” said Jones. Bothe-Napa’s campground has been closed since October due to state budget woes.

While the county is the primary agency under contract with the state, the Napa Valley State Parks Association holds a subcontract to run tours at the Bale Mill on weekends, some holidays and for Tuesday school tours. The association’s large corps of volunteers will provide greater support to the Bothe-Napa State Park visitor center and campground.

Although the association will also continue to raise private funds to support restoration and interpretation projects at the mill, the parks need to be self-sustaining. To achieve this, the new operations model calls for fewer staff and more volunteers, including camp hosts. Park visitation will be critical to the survival of the parks. The association also hopes to offer annual park passes for frequent visitors. Fees collected for day use and camping will go back to supporting the parks.

From a spring-fed canyon to hillsides above the vineyards and wineries of Napa Valley, the 2,000-acre Bothe-Napa Valley State Park offers shady groves of redwoods, Douglas-firs, big leaf maples, madrones and oaks. The spectacular pileated woodpecker (video) is among six kinds of resident woodpeckers. 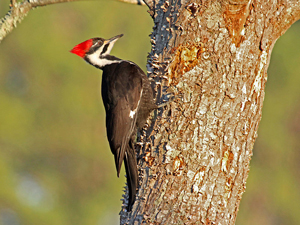 Next to the visitor center, a Native American garden showcases the botanical knowledge of the Wappo, the first people to inhabit the area.

From Bothe-Napa State Park, a one-mile hike on the History Trail takes you to the Bale Grist Mill State Historic Park, where you will find a water-powered, “grist” grinding facility built in 1846 by Dr. Edward Turner Bale and restored by California State Parks in 1988 (grist is wheat that is ready for milling). The Napa Valley State Parks Association maintains and restores machines inside the mill, a state and national historic landmark. 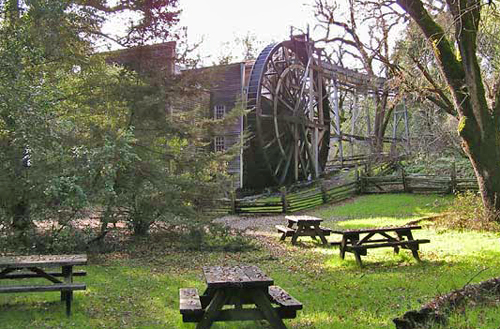 Historically, farmers in Napa Valley came here to have their corn and wheat ground into meal or flour, making the mill a top social gathering spot. Today, the mill’s antique machinery is the only one of its kind in the state still capable of producing fresh-ground flour. Thanks to the rescue of this park, on weekends docents will continue to offer tours and demonstrations as well as bags of flour in exchange for a donation. (They will restart the mill after some maintenance beginning April 21).

Visitation will be critical for survival

The new operating model for these parks will rely on your visitation. Ranger Jones encourages you to go to Reserve America on April 4, when they begin taking reservations for the Bothe-Napa State Park campground.

Blog series
This article is part of an ongoing series on threats to California State Parks and the search for sustainable funding. These two parks bring the total number of parks saved, by my count, to 14 out of 70 parks slated for closure.