Nonprofit coalitions and advocates press on to save state parks 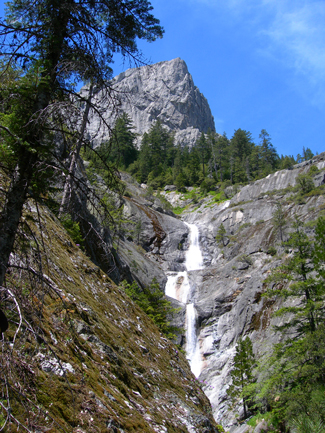 In November 2011, not long after I returned from an overnight visit to Castle Crags State Park, where domes and spires rise up like castles in the sky, park officials closed the campground and entry gate for the first time. I called around to find out if any efforts were underway to save this majestic park from the permanent closure list announced in May 2011. I learned that the California State Parks district superintendent had started discussions with a local nonprofit and a private concessionaire but no actions were in motion.

Now on the first day of March 2012, in less than four months so much has changed around the state as groups have mobilized under the realization that the unprecedented closures of state parks are real and imminent.

According to this story in the Record Searchlight of Redding, the California Department of Parks and Recreation has “lowered the bar” for communities seeking to save local state parks by lowering fundraising requirements. The tradeoff is reduced park operating hours and services. After all, a park with reduced hours might be better off than one abandoned and vulnerable to vandalism. The Los Angeles Times recently reported on damage to the visitor center and other structures at Mitchell Caverns Natural Preserve in the Providence Mountains State Recreation Area near Mojave National Preserve.

Nothing is sacred, not even a 138-year-old Taoist temple 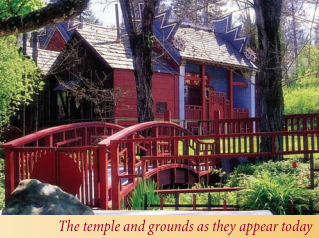 The Record Searchlight story also describes efforts to save the Weaverville Joss House State Historic Park, a Taoist temple built by early Chinese immigrants. The campaign to save this Temple of the Forest Beneath the Clouds will include “fundraising pleas to Chinese-American communities in the Bay Area via a Chinese language television station.” The temple is the oldest continuously used Chinese temple in California and became a part of the California State Park System in 1956.

The Mount Shasta Bioregional Ecology Center, a nonprofit organization based in Mount Shasta, California, is one of the lead organizations taking action to save Castle Crags State Park. Inspired by citizens stepping forward with ideas, plans and action to save other parks around the state, they formed the Castle Crags Community Coalition and designed six steps to mobilize the community to take action. Their fight recognizes that this region is of great importance locally, nationally and internationally. Read more about the Coalition’s ideas to save this park.

Six action steps you can take to save a state park

Blog series
This is the 22nd article in a series on threats to California State Parks and the search for sustainable funding.

Showing 4 comments
Connect
Search
Recent Posts
Categories
What is this Blog About?