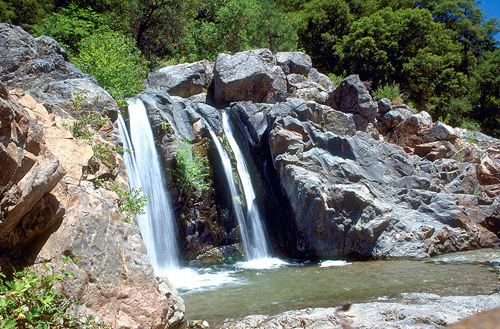 Then, in May 2011, state park officials placed the embattled lands on the state park closure list.

Today, California State Parks’ Director Ruth Coleman announced that action by the Nevada County Board of Supervisors and community supporters will help keep South Yuba River State Park open. The park has been taken off the notorious closure list, but significant service reductions will continue due to a funding gap.

At a recent meeting, the Nevada County Board of Supervisors gave their unanimous support to the state park agency’s proposal to collect entrance fees at this park for the first time. The action by the supervisors followed a campaign by county residents, led by the South Yuba River Citizens League, that generated more than 10,000 petition signatures to keep the park open. Elementary school students collected the signatures and delivered them to Sacramento.

At this time, it is not known just how much revenue this new program will generate, since this has never been done for this park before. For that reason, all parties and stakeholders recognize that this is not the final solution and that there must continue to be an effort toward a more sustainable funding source to augment the full operation of the park.

Assemblymember Jared Huffman (D-San Rafael) introduced legislation on February 6, 2012, that proposes several funding strategies to achieve substantial budget savings in the state park system. Unless AB 1589, known as the California State Parks Stewardship Act of 2012, gets on a fast track in the legislature, it is unlikely that the bill will make it to the governor’s desk before July 1, 2012. On that date 60 parks will close if deals are not made with the state.

Blog series
This is the 21st article in a series on threats to California State Parks and the search for sustainable funding.