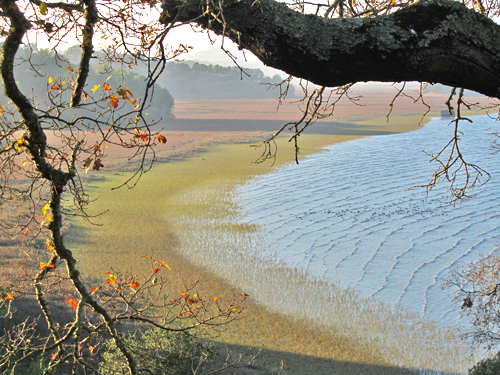 On January 1, 2012, hundreds of people celebrated New Years Day along the scenic bluffs and hillsides of China Camp State Park located on the shores of San Pablo Bay north of San Francisco. Visitors from Bay Area cities to Hong Kong wrote, “Save this Park” in the guest book of the park’s historical Chinese fishing village.

China Camp, located in Marin County, is among 18 state parks in the Bay Area and 70 across the state identified in May 2011 for closure by the California Department of Parks and Recreation by July 1, 2012 due to a state budget crisis. 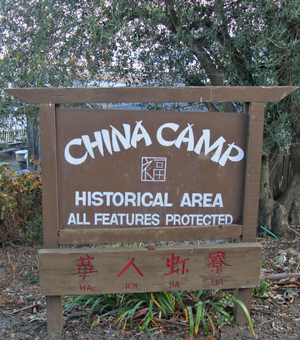 For Marin District Superintendent Danita Rodriguez, protecting China Camp’s cultural and natural features are a big concern. “We are in the business to manage parks, not to close them,” said Rodriguez in a recent phone conversation.

The park’s unique heritage extends back thousands of years when Native Californians lived in small villages near streams and alongside the evolving tidal wetlands of San Francisco Bay. The mid-1800s constituted another significant era when Chinese immigrants established a fishing village here. One descendant whose grandfather came here in the 1800s is Frank Quan, a permanent resident and Board Chair of the nonprofit Marin State Parks Association.

The park also protects rare wetland and salt marsh habitats. Recognized as some of the most pristine wetland left in the estuary, the salt marsh and shoreline areas in China Camp State Park became part of the region’s first National Estuarine Research Reserve in 2003. Several endangered species live here including the California clapper rail, California black rail and the salt marsh harvest mouse.

Nothing is sacred in a budget torn state

Governor Jerry Brown, who signed China Camp State Park into law in 1978 during his first term, recently released a fiscal year 2012-13 budget that keeps the park closures on track and proposes more big cuts to health and human services to reduce the state deficit. Traci Verardo-Torres, who is vice president of government affairs for the California State Parks Foundation described the situation in a November meeting in Berkeley like this:

The state claims that service reductions and closures are necessary to achieve an $11 million reduction in the current fiscal year of 2011/12 and $22 million to be cut by July 1, 2012 for the next fiscal year. 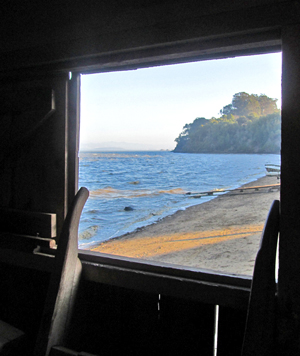 Yet, an economic analysis does not exist to show how these savings will be created through park closures. How will sensitive archaeological sites and wetlands at parks like China Camp be protected while saving money?

Due to the budget cuts for this year, you have probably already seen partial closures, first-time winter closures (Sugarloaf Ridge and Castle Crags) and service reductions at parks on the closure list and other state parks as well.

By July 1, 2012, the remaining 65 will close unless nonprofits or public agencies work out a deal with the state.

The California State Parks Foundation is not in the business of running parks, but they want to help the groups that can support these parks. The foundation was a sponsor of AB42, which was signed in to law in October 2011 to authorize qualified nonprofits to run up to 20 state parks. A major problem so far is that hopeful nonprofit groups have been challenged to get the specifics they need from the state to operate a park including expenses, revenues, minimum standards and legal requirements.

While volunteers and nonprofits continue to raise funds and develop plans in hopes of saving parks from closing in their communities, State Senator Noreen Evans (Democrat-Santa Rosa) says she will introduce legislation halting the closures until officials analyze costs, benefits and alternatives using a “legally defensible process to examine potential closures using a defined criteria.”

Evans’ challenge to the state park closures comes after a tension-filled hearing at the State Capitol on November 1, 2011 on the park closures (link to three-part video of three-hour hearing), when a State Parks spokesman described the informal process used by park professionals that led to a park closure list as a way of saving $33 million over two years.

For close to two hours of contentious questioning by Assemblymember Jared Huffman (Democrat-Marin), Assemblymember Roger Dickinson and other lawmakers, State Parks Deputy Director of Legislation Bill Herms and Anne Malcolm, legal counsel, defended the Parks Department. The park officials could not offer data or other documentation to lawmakers or the public on the process followed to cut parks spending by July 2012.

Park advocates from around the state gave testimony during the November 1, 2011, hearing including Thomas Peters of the Marin Community Foundation, Elizabeth Goldstein of the California State Parks Foundation, Caryl Hart of Sonoma County Parks and the California Parks and Recreation Commission, Ruskin Hartley of the Save the Redwoods League, Sonoma County Sheriff Steve Freitas, Nina Gordon of the California State Parks Rangers Association, Geoff McQuilkin of the Mono Lake Committee and Kathy Bailey of the Anderson Valley Chamber of Commerce.

Beyond the panic to find short-term solutions, the Parks Department and the California State Parks Foundation are researching new revenue models consistent with the state park system’s mission.

Back in Marin County, the Marin State Parks Association, the official state park cooperating partner for four Marin state parks since the early 1980s, recently joined the Open Parks Coalition led by State Assemblymember Jared Huffman and Thomas Peters of the Marin Community Foundation. Like many other nonprofits new to creating operations plans for parks, they are building their capacity to create public awareness and raise funds. 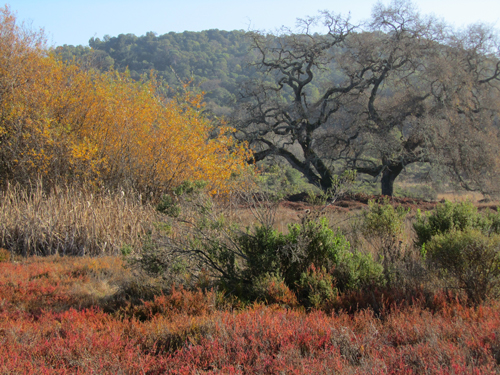 If you want to help with a financial contribution, there are three ways you can donate:

Blog series
This is the 18th article in a series on threats to California State Parks and the search for sustainable funding.