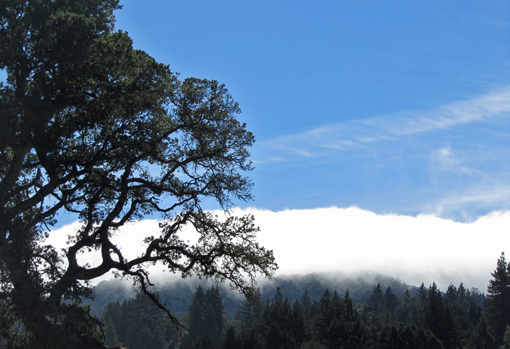 Valley of the Moon parks slated for closure

North of San Francisco Bay, three scenic California State Parks stretch over thousands of acres in the famed “Valley of the Moon” – Annadel, Sugarloaf Ridge and Jack London State Historic Park. All three parks, now operating with reduced hours and severe maintenance backlogs, are among 70 parks slated for closure by July 1, 2012 due to the state’s fiscal crisis.

Across Sonoma Mountain wisps of sea fog are stealing … I have everything to make me glad I am alive. I am filled with dreams and mysteries. I am all sun and air and sparkle. I am vitalized, organic.”
– Jack London 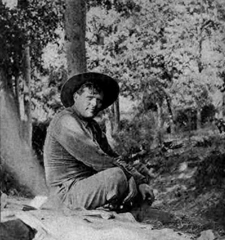 Retired state park ranger Gregory Hayes knows all three Sonoma Valley parks well. In the three years before he retired in 2004, he supervised Annadel, Sugarloaf and Jack London parks. For the prior 22 years, he served as a ranger in Jack London State Historic Park, where he led tours and answered questions about London, who was known for “naturalistic adventure stories” such as The Call of the Wild. In a story for Bay Nature magazine titled, “Recalling the Wild: The Literary Nature of Jack London State Park,” Hayes called the historic park on the eastern slope of 2,300-foot Sonoma Mountain a “jewel of a park.”

Jack London State Historic Park was a gift to the people of California through the will of Jack London’s widow, Charmian London, who lived here until her death in 1955. She wanted the house she built after his death – the House of Happy Walls – to become a museum in honor of her husband. The historic park opened to the public in 1959 and is now being “dismantled” wrote Timothy Egan in the New York Times.

Today the park attracts both nature lovers and literature enthusiasts. Jack London wrote many of his famous novels here until the time of his death in 1916. Historic park structures date back to times before London purchased the abandoned property from a winery in 1905. Now, Gregory Hayes worries that these historic structures, including the Wolf House (1913), the House of Happy Walls (1919), as well as the graves of John and Charmian London, will deteriorate or be vandalized if the park closes its gates. Hayes asks, “Who will be responsible for the structures?”

While Hayes has asked state representatives many questions, he has heard few answers. Sacramento state park officials have passed information down through regional offices, but the information has been vague. “We are not sure of what closures will look like,” said Hayes this past week. He also lamented, “This is not very encouraging, we know what happens when people don’t take out the garbage and use closed buildings.”

Can an all-volunteer nonprofit save the Valley of the Moon parks?

Meanwhile, Hayes, who is currently president of the Valley of the Moon Natural History Association, is working with other volunteers in hopes of keeping at least one of the three parks from being abandoned. Similar to Henry W. Coe State Park to the south of San Francisco Bay, each park runs about $300,000 to operate annually at current levels.

Like other park advocates, he wishes that these Sonoma Valley parks had a benefactor willing to support the current state park staff and operations like at Coe. But they currently lack the ability to raise the $300,000 per year per park.

For the last 34 years, the nonprofit Valley of the Moon Natural History Association, an all-volunteer state park cooperating partner, has raised financial support for education programs, publications and special projects in these parks, but funds have been very modest, certainly not close to the funds needed to operate three state parks. The work of dedicated volunteers brings the greatest value.

Assembly Bill 42, now on Governor Jerry Brown’s desk, would allow nonprofits like this one to run the parks through formal operating agreements, but will they have the funds to feel confident about signing on the dotted line?

Despite the formidable obstacles, Hayes and the Valley of the Moon Natural History Association want to save the “wonderland” of parks that include salmon spawning grounds as well as romantic views into the literary history of a California legend. They are looking at the revenue and expenses of the parks and working on a proposal to keep at least Jack London State Historic Park open since this park could potentially suffer the most damage.

They hope to build visibility for the plight of Jack London State Historic Park through the numerous groups and fan clubs around the world. Many groups have come to us asking, “How can we help?” says Hayes. Several groups are organizing fundraising events for the fall from poetry readings to a piano recital and Broadway Under the Stars on October 1.

Ideas for Making it Work

In a recent Valley of the Moon Natural History Association newsletter, park advocates list five actions you can take to help save and protect the state parks as well as other ideas for consideration, such as extending the reach of regional park management agencies into the state parks.

Blog series
This is the fourth article in a series on threats to California State Parks and the search for sustainable funding as park systems are forced to reinvent. Next week I will speak with a representative of the Parks Alliance in Sonoma County, a coalition of 12 nonprofit groups, including the Valley of the Moon Natural History Association, working together to find a solution to the crisis.