launched in 2010 as a nonprofit, nonpartisan, member-supported news organization. In collaboration with highly respected journalism institutions including the University of California, Berkeley Graduate School of Journalism and The New York Times, the Bay Citizen delivered high-quality and in-depth public interest reporting about the San Francisco Bay Area.

In 2009 and 2010 I supported the launch of The Bay Citizen, which after a merger in 2012, folded into the Center for Investigative Reporting, based in Emeryville, California. The new nonprofit public news organization, seeded by the late philanthropist and community leader Warren Hellman, came at a time when newsrooms around the country were shrinking. Coverage of civic beats, including public policy, education, and the environment, faced severe declines in the Bay Area and throughout the United States. Initially, I served as a consultant and writer on a team led by McKinsey & Company and Hirsch & Associates to create a new media ecosystem in the Bay Area. I researched the development of a nonprofit business model, implemented a Salesforce donor database and trained users, wrote the organization’s first grant proposals and developed door communications and the news organization’s first donor briefing booklet for early investors.

I developed and wrote the first (and successful) foundation proposal for the newly formed The Bay Citizen. My work on securing a $250,000 grant from the Knight Foundation received the following feedback from our partner at the UC Berkeley School of Journalism: “Congratulations on a really fine job. You’ve explained the project very well. I think one of the great benefits of your effort is that now you have established a narrative foundation from which you can borrow and amend for additional proposals down the road … Thanks again for all your excellent work on this.”

In 2012, The Bay Citizen merged with the nationally-renowned and award-winning Center for Investigative Reporting (CIR). Many of the journalists from The Bay Citizen now report for Reveal, CIR’s website, public radio program, podcast and social media platform. 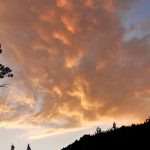 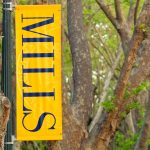