Based in San Francisco, Outward Bound California is a nonprofit educational organization and expedition school that delivers year-round leadership programs in urban schools and in the wilderness.

After serving as the Outward Bound Bay Area Center as a grant and development consultant since 2006, in fall of 2011 I helped launch Outward Bound California as an independent chartered organization of Outward Bound USA in January 2012. I served as the interim development director from November 2011 through October 2012; implemented a new Salesforce donor database; and designed and wrote new donor collateral, managed gifts and helped to onboard the new development director.

Since 2006 I have helped Outward Bound to raise funds for its Pinnacle Scholarship program, which makes wilderness expeditions accessible to youth without the financial means to participate in an Outward Bound adventure. With the launch of the Bay Area Center and later Outward Bound California, my grant project support expanded to included new investments for urban-based leadership programs and the growth of the organization’s capacity to offer wilderness expeditions in the High Sierra and Joshua Tree National Park. In some cases, projects aim to strengthen partnerships with public agencies, such as two successful grants with the National Forest Foundation.

In addition to grant proposal and report writing, I have produced donor communications for Outward Bound California, from quarterly donor updates to slide decks, that show the organization’s impact. In 2012 and 2013 I led projects to develop Outward Bound California’s first annual reports, including this digital version of the 2012 Annual Report.

“First for the Outward Bound Bay Area Center and most recently for the newly established Outward Bound California, Christine has provided consistently great results working as a fundraising and communications consultant. Christine’s projects have included the advising and production of high quality grant proposals and reporting, newsletter and annual report creation, and annual end-of-year campaign support. Her expertise crosses over into database management and her work to help our organization transition from one fundraising database to another was top notch. Christine’s organization, attention to detail, creativity, and willingness to truly get to know an organization’s mission and core values have helped us move forward and extend our reach each and every year.” 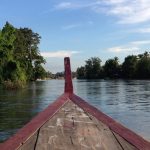 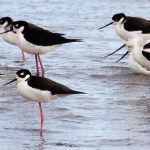