Island Conservation is an international science-based nonprofit that prevents wildlife extinctions by working where the concentration of both biodiversity and species extinction is greatest: on islands. Island Conservation’s scientists and conservationists are working to protect rare and critically endangered birds and other wildlife like the Humboldt Penguin on Chile’s Choros Island, Red-footed Booby on Palmyra Atoll, Galápagos Petrel nests on Floreana Island, Ricord’s Iguana on Cabritos Island, Dominican Republic and the Critically Endangered San Nicolas Island Fox on the Channel Island archipelago off the coast of California.

In 2016, I provided interim support for Island Conservation’s philanthropy team as they recruited a new director of philanthropy. In addition to working with CEO Karen Poiani and the Philanthropy Team,  I interviewed Island Conservation scientists to support grant-related research and to develop high quality reports, proposals and donor communications.

“We were short staffed on our Philanthropy Team and needed several months of additional support. Christine came to our rescue! She was able to hit the ground running because of her extensive experience and was a joy for everyone to work with. Christine is the ultimate professional – delivering high quality products on time, and is a fantastic writer. She understands both philanthropy and fundraising but also our conservation mission. I enthusiastically recommend Christine and would hire her again in a minute!” 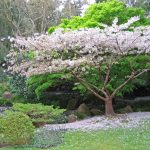