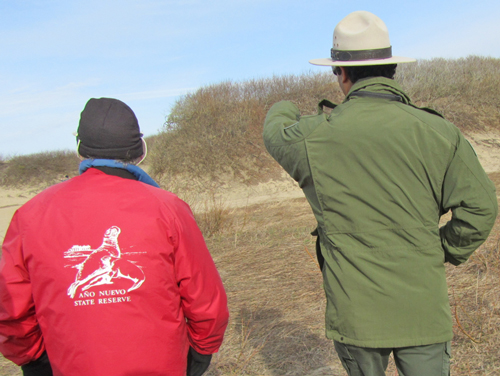 Over the last several months while covering the state parks crisis for this blog, I have spoken to a number of state park rangers, park volunteers and staff with partnering nonprofits. “Headquarters,” the center of decision-making for California State Parks in Sacramento, seemed more like the land of Oz: a mysterious place where it’s hard to find the Wizard or the front door. How do you get to Oz? Through a disaster.

By now, you’ve probably heard about the hidden cache of funds found by California State Parks in a time when state parks have suffered from over $1.3 billion in deferred maintenance, service reductions and threats of closure. On Friday, due to an investigation by Sacramento Bee environment reporter Matt Weiser, the parks department revealed that $54 million had been stashed away over the last 12 years. Director Ruth Coleman resigned. Many questions remain including the most obvious: Who did this? And why?

Let’s not forget about park advocates and their allies: local State Parks staff

The scandal by unknown people and for unknown reasons should not cloud over the hard work of park advocates, who have worked tirelessly for the past year – mobilizing volunteers and inspiring philanthropy for parks. Those park advocates include people who have led or volunteered for educational partners to state parks for years or decades. They include California State Parks rangers and area supervisors who have worked hard to help local nonprofits create plans and proposals to find reprieves for parks slated for closure despite challenging communications with state park decision-makers in Sacramento.

Park advocates volunteering for supporting nonprofits have created new ways for people to connect and engage in parks – from “Broadway Under the Stars” in Jack London State Historic Park to fundraisers for Castle Rock State Park, like one in March that raised $20,725 in one day from the climbing community. 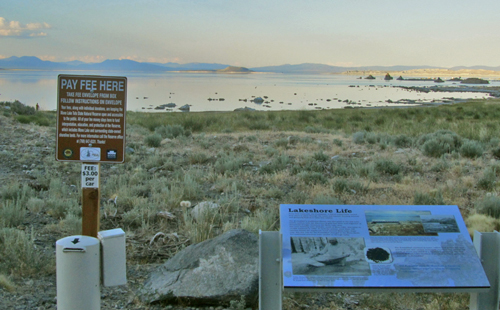 At Mono Lake, a state reserve that draws over a quarter million visitors per year from all over the world, a new $3 parking fee is generating revenue to support public access.

A grassroots group in San Diego successfully raised funds to save Palomar Mountain State Park in San Diego County, where 61% of voters said no to $18 per year in increased vehicle license fees in the November 2010 election to raise $500 million a year in a dedicated fund for state parks.

Friends of Palomar put up this message to assure donors that their contributions are safe and “still much needed by Palomar Mountain State Park.”

On KQED Forum this morning, Michael Krasny spoke with Matt Weiser, the environment reporter for the Sacramento Bee who broke the story about the scandal; Bob Berman, vice president of the Benicia State Parks Association and Elizabeth Goldstein, president of the California State Parks Foundation. Goldstein said that the revelations felt like being “kicked in the stomach.” The foundation she leads issued this statement on their blog.

Steve Deering, who is on the board of Friends of China Camp, called in to say that his group has worked hard over last six months to raise $250,000 for China Camp State Park. Their success was made possible by strong community support. He remains enthusiastic about their role as the new park operator for the park and hopes that the surplus dollars in Sacramento will find their way back to the parks, like China Camp. Deering also emphasized that while there is a scandal at the top, we should not forget about the dedicated state park workers thoughout the system:

“We would not have been able to enter this operating agreement without the support of local state park workers. We want to thank them.”