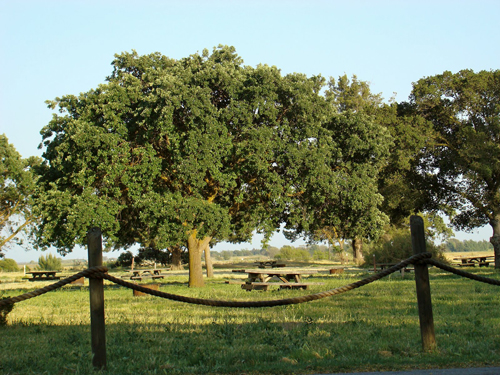 As California careens toward closing state parks for the first time in the state’s history on July 1, the issue is receiving nationwide attention.

Last Thursday, KQED Forum took a pulse on the devastating situation. For me, it was clear that nonprofits have been the true heroes in the fight to save state parks, after months of mobilizing donors and volunteers.

Then on Monday, Rachel Myrow of KQED’s California Report posted, The Private Solution for State Parks, after learning that California State Parks intended to enter into concession agreements with American Land & Leisure, a company that will take over operations of three state parks for five years. The company, which was sent notice of the park department’s intent to award a contract, will take on operation of campgrounds, day-use areas, restrooms and kiosks, visitor services, as well as security and legal liabilities, reported Myrow. The three parks are Turlock Lake, Woodson Bridge and Brannan Island, all state recreation areas.

The website for Brannan Island SRA, in the Sacramento River Delta near the Bay Area, alerts visitors that American Land & Leisure will take over on August 1.

The Parks Department will also award a concession contract to run Limekiln State Park, and other concession deals are in the works with private companies.

In response to these developments, on June 20 National Pubic Radio’s All Things Considered aired the story Saving California State Parks: The End Of Public Funding? by Melissa Block. Rob Reich, who is a co-director of Stanford University’s Center on Philanthropy and Civil Society told NPR, “Getting the state off the hook for funding parks may also set into motion a slippery slope.”

On June 15, the legislature approved a budget that included appropriations that would increase park funding by tapping other state and federal funds. The governor has until July 1 to sign the bill, make line-item vetoes or veto the entire bill. For additional detail, listen to Brown, Dem Lawmakers Still Working on State Park Funding on Capitol Public Radio.