Short-term funding solutions for state parks emerging, one by one 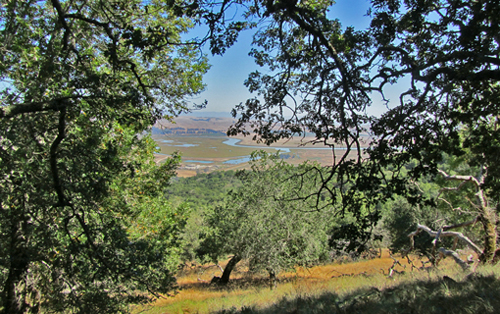 Now that AB 42 presents a new tool for saving state parks on the closure list, on Wednesday I spoke with Roy Stearns, spokesperson for California State Parks, to find out if nonprofits have come forward with proposals. He said that groups have stepped up for three North Bay parks.

The Valley of the Moon Natural History Association is proposing to run the Jack London State Historic Park near Glen Ellen in Sonoma County. This all-volunteer nonprofit recently held a successful fundraiser and has more ideas for revenue generation.

In Napa, a county agency and a nonprofit are partnering up to save Bothe-Napa Valley State Park and Bale Grist Mill State Historic Park. The Napa County Regional Park and Open Space District and the Napa Valley State Parks Association are proposing a plan to make these parks operationally self-supporting. They will need donations of money and in-kind services to get things started and to take care of the most serious deferred maintenance issues.

The parks department expects to see many other proposals in the coming weeks. District park supervisors have been in talks with nonprofit state park cooperating associations since January. Around the state, 85 cooperating associations are members of the California League of Park Associations. Many of these groups have been nonprofit partners to state parks for decades, offering volunteers and education services.

One by one, a few parks saved

One by one, short-term solutions are emerging for at least some of the state parks on the closure list. The National Park Service rescued three Northern California parks. Philanthropists who love Henry Coe State Park will save that South Bay park in a unique agreement. While not final yet, a few nonprofits and public agencies are in various stages of developing proposals to run parks in their communities.

Blog series
This is the eighth article in a series on threats to California State Parks and the search for sustainable funding.