The other day I turned to an unread stack of The New Yorker magazines, in which I found some gems among all of the disquieting election talk that was wearing me out. Among the stories that gave me relief was an article about the life of Ursula Kroeber Le Guin, an award-winning writer whose novels, since the 1960s, have explored complex socio-political and environmental issues through alternative worlds.  In “Out of Bounds” I discovered that Le Guin keeps a blog. In a recent post, titled “The Election, Lao Tzu, a Cup of Water,” Le Guin explores the subject of non-violent protests, like the one in Standing Rock, and water as a metaphor for resiliency:

“Water doesn’t have only one way. It has infinite ways, it takes whatever way it can, it is utterly opportunistic, and all life on earth depends on this passive, yielding, uncertain, adaptable, changeable element.”

My good friend Karen recently traveled to Standing Rock in North Dakota to help demonstrators who have been organizing peacefully to stop the Dakota Access Pipeline since spring of this year.  As Karen explained it, representatives of at least 90 indigenous nations from around the world are supporting the plight of the Standing Rock Sioux Tribe to protect their water and sacred lands. “They call themselves Water Protectors, and their mantra is Mni Wiconi: Water is Life.  They are fully committed to non-violent, prayer-based intervention, and they have no intention of allowing the pipeline to cross the Missouri River.” Since mid-November, Karen has been working with a group led by her friend Paul Cheoketen Wagner to build winter shelter for the demonstrators. She is keeping a blog about the experience, including recent actions by law enforcement in which peaceful protestors were shot with water cannons in 27-degree weather.

Today, amid so much political turmoil, major news outlets along with several prominent environmental groups, reported a major victory for Standing Rock. The Obama Administration announced that they will not grant the final easement for the Dakota Access Pipeline, halting the construction on the 1,172-mile oil pipeline, half a mile south of the Standing Rock Sioux Reservation, reports NPR.  Instead, the Army Corps of Engineers will conduct an environmental review and explore alternative routes.

Congratulations to the Standing Rock Sioux and to the thousands of protestors who traveled to North Dakota from around the country and around the world to show solidarity.  Not only is this development a victory for Standing Rock, but it also offers testimony that solidarity can make a difference. 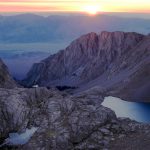 The future of our wild and open spacesConservation 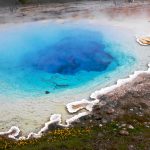 Year-end reflections: Follow in the footsteps of those who inspire youArts and Culture, Books, Community, Conservation, Environment
WordPress Appliance - Powered by TurnKey Linux