In late October, journalists, social sector leaders and communications pros from around the world gathered in San Diego, California, to share insights and ideas for using the power of communications to drive social change.

Organizers of ComNet15, the annual conference of The Communications Network, made the conference keynotes accessible to the world via livestream, and now video recordings and transcripts are emerging.

One keynote featured social sector CEOs like Judy Belk. Belk, who leads the California Wellness Foundation, writes and speaks on organizational ethics, race and social change. Her pieces have aired on National Public Radio and appeared in the New York Times, the Wall Street Journal, the Washington Post, and the Los Angeles Times including a recent personal Op-Ed piece about the California drought and water poverty.

Another keynote featured Clarence B. Jones, the speechwriter who helped Dr. Martin Luther King Jr. craft his iconic “I Have a Dream Speech” in 1963.  During Black History Month earlier this year, President Obama welcomed Jones to the White House.

I will add links to the recorded videos and transcripts of the #ComNet15 keynotes  as they become available: 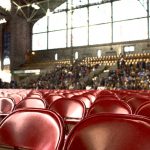 Lessons from The Atlantic for nonprofits and foundationsCommunications 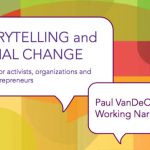