What is the new vision for California State Parks and how will it be funded?

According to a new report, the struggling and underfunded California state park system can transform into a model of sustainability for park systems worldwide. This new system will be one that protects California’s iconic landscapes, natural resources, and cultural heritage; engages a diversity of Californians; and promotes healthy lifestyles.

To achieve this vision, there is a lot of work to be done.

The report by the Parks Forward Commission outlines recommendations, actions steps and entities responsible to achieve two-year and 10-year milestones for transformation. Key steps for the two-year plan include:

The plan, slated to be adopted at a public meeting on February 6, 2015, at the California State Railroad Museum in Sacramento, follows nearly two years of outreach and study that included public meetings, discussions with State Parks leadership and staff, surveys, social media interaction and independent analyses.

Through a formal partnership with the state, the nonprofit Resources Legacy Fund is coordinating the Parks Forward Initiative for several California philanthropies including five foundations from the Bay Area and one from Southern California:

Why is this happening now?

Do you remember a few years ago when the State of California threatened to close state parks?

In 2011 and 2012, a series of scandals shook the parks department and public trust while nonprofits and lawmakers fought to avert a major crisis that threatened to close 70 state parks in California.

The jolt of new energy to save a crumbling and underfunded park system came from an outpouring of support for parks after this rude awakening. For the first time in years, California State Parks were making headlines (for good and for bad) and becoming noticed.

A new dialogue emerged to debate the meaning, relevancy and importance of state parks for California today.

Up until California’s state parks gained the spotlight, they were hardly recognized for their value and potential. Here in the Bay Area, some people don’t realize that the very popular Mount Tamalpais and Mount Diablo parks are, in fact, state parks. California’s first urban state park, Candlestick State Recreation Area, which was threatened with closure in 2011, hugs the shoreline of the San Francisco Bay near Hunters Point in San Francisco.

Another Bay Area park that sat on the 2011 closure list was the world famous Jack London State Historical Park in Sonoma County. Jack London park made history at the time as the first nonprofit to sign an operating agreement with the state to remove the park from the closure list.

You might want to know that “there are no plans to close any state parks.” Vicky Waters, deputy director of public affairs for the California Natural Resources Agency, made this comment to Michael Krasny and listeners on a recent KQED Forum show. Listen to the recording as it will answer many of your questions about the Parks Forward report and process.

Today the situation today looks much better thanks to the support of nonprofits and their volunteers, park advocates, community leaders, lawmakers, and philanthropists. The state is back on the rails and is chugging ahead with a blueprint for turning the system around and developing a new sustainable model.

Yet, one significant question remains: Will California find a long-term, sustainable funding solution for the state parks? 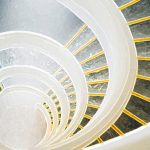