What words can spark monumental change?

Tomorrow on Capitol Hill, President Barack Obama, the nation’s first African American president, will take the ceremonious oath of office (he was officially sworn in today) for his second four-year term. On the same day we commemorate the life of civil rights leader Dr. Martin Luther King, Jr. — one of the greatest orators of all time.

President Obama will deliver his second inaugural address based on the theme “Our People, Our Future” and will no doubt make substantial references to Dr. Martin Luther King, Jr. who gave his “I Have a Dream Speech” at the March on Washington almost 50 years ago in August 1963.

If you can’t be there in person for the public inauguration event, you can watch the livestream, beginning at 8:30 a.m. PST/11:30 a.m. EST, courtesy of the Presidential Inaugural Committee 2013. The unprecedented live coverage will follow the swearing-in ceremony, inaugural parade and the Commander-in-Chief’s Ball. Or if you are on the go, you can text INAUG to 877877 to receive official Inauguration Day updates from the 2013 Presidential Inaugural Committee on our mobile phone.

“Our lives begin to end the day we become silent about things that matter.” ~Martin Luther King, Jr. 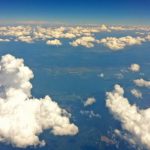